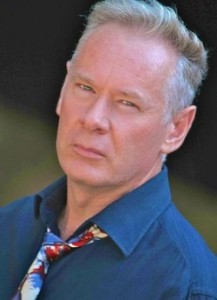 Jay Strongman is a renowned international DJ and a long-time writer on popular and underground culture.

Like many of his generation growing up in 1960s and ’70s Britain, Jay was heavily influenced by the American TV shows, movies and music that permeated British culture at the time.

That love of mid-20th Century Americana led him to starting London’s first neo-Rockabilly clothing store, “Rock-A-Cha”, in 1979 and fronting a rockabilly band called the El-Trains the same year. A few years later he started DJ’ing and his pioneering mix of music led to him becoming one of the first DJs-as-popstars, working on radio and in nightclubs around the world.

Besides his thirty-plus year career as a DJ, Jay has also been a regular writer on music and fashion for such publications as the Face Magazine, The Sunday Times, i-D Magazine and Vogue. He has written two art books on popular culture; Tiki Mugs – Cult Artifacts of Polynesian Pop (Korero Books, 2009), which spent seven weeks at Number One in the Popular Culture category on Amazon.com, and the highly acclaimed Steampunk – The Art of Victorian Futurism (Korero Books, 2011), which is now on its third printing.

Ritual Of The Savage is his first novel. It was inspired by rainy Sunday afternoons as a child watching Bogart and Bacall films on TV and reading Raymond Chandler, Ray Bradbury and Jonathan Latimer novels late into the night.

Jay currently spends his time between his newly adopted homeland of Southern California and his first love, London.